Down with “People are our greatest asset” 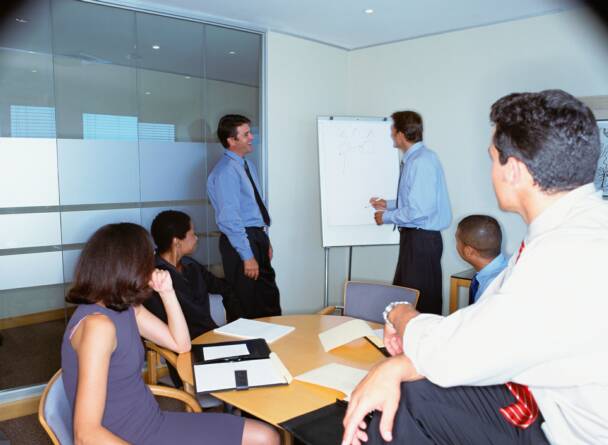 Down with “People are our greatest asset”

It is time to ban the well-intentioned phrase “people are our greatest asset” as it is outdated 20th century thinking.  A phrase that holds little meaning  to companies and employees alike.

We see and hear this cliché all the time – in vision/mission/values statements of companies and (worse) from presumably enlightened senior executives.  Executives will use the phrase as a means to suggest that they actually care about the people who look after customers while creating value for all stakeholders.  (It is true that there are some executives who back up their use of the phrase with hardcore dollars and emotional currency – but, they are the exception and not the rule.)

Seven reasons to ban the phrase. “People are our greatest asset”:

1-   The cliché has been so abused that it has lost its credibility with just about everyone in an organization.  Actually, the phrase is more likely to incite anger and negativity in workers.

2-   Our 20+ years of conducting employee satisfaction and organization culture surveys tells us that one of the top five issues in most organizations today is “trust of senior leaders”.  This is strictly a leadership issue; using the phrase and not living up to it creates a trust gap.  The result, people show up for work, but they have intellectually and/or emotionally quit a long time ago.

3-   In many organizations the top Human Resources executive reports to someone other than the COO or President.  So much for notion of people being the greatest asset.  (By the way, another out-dated term “Human Resources”.)

4-   When the top HR person isn’t reporting to the President then they are often reporting to the CFO (Chief Financial Officer) – mistake number two in most cases.  This perpetuates the notion that people are assets that can be accounted for, bought and sold.  Who amongst us likes to be thought of as an asset – owned by the organization to do whatever it wants to do with its assets?

5-   Almost every organization is talking about “employee engagement”.  If “people are our greatest asset” were even remotely true then engagement wouldn’t be anywhere near the issue it is in most organizations.  The reality is, “employee engagement” is an emotional based outcome not a program.  But the “people are assets” mindset encourages a belief that engagement is something that you manage: so let’s send out a few memos, have meetings, put up posters and have executives talk about employee engagement.  Hello?  This from the same execs perpetuating the term “Employees are our greatest asset” (Am I alone in seeing the humour in this?)

7-   In times of economic challenge what are the first items to be cut out of the budget?  Training, travel and advertising…then employees.

What is an employer to do?

The first thing to do is to understand that the cost of personnel is not the same as their value.

The second is to take a hard long look at the culture in your organization – employee engagement and/or poor performance may not be a skills issue, rather the unintended consequences of a defensive workplace culture.

Fourth, recognize that your people can not create value if your manufacturing, distribution, product line or customer care practices are not competitive.  There is a symbiotic relationship among all of these things.

Finally, ban the phrase “people are our greatest asset”.  Develop a new one – one that sparks a sense of movement.  Here is my take at a new phrase: “Our people create value for customers and all stakeholders”.  What would your phrase be?

Sid Ridgley, is an experienced corporate executive and Certified Speaking Professional who specializes in helping leaders create operationally effecitve ideal places to work and to do business with.  Sid can be reached at sridgley@simulcorp.com.

Sid will be attending the Global Speakers Federation Summit in Vancouver, BC Dec. 8-10 2013 www.gss2013.com

© Copyright 2012 Sid Ridgley. All Rights Reserved
Back To Top